In 2012, CEED Slovenia joined Creative Entrepreneurship in Schools (CENTRES), a multi-country project that aims to establish the first European multisectoral forum to address issues relating to entrepreneurship education and for sharing innovation and best practices in this area. The project is co-funded by the European Commission, the British Council and eight other organizations across Europe. 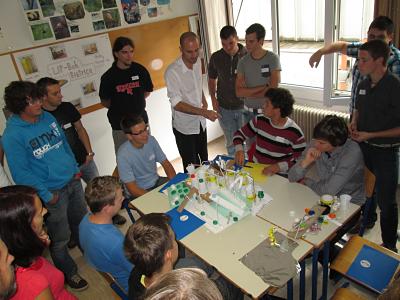 During the program, students developed an idea for their project work, which they presented at the “My First Pitch”networking event in March 2013. A jury of entrepreneurs selected five best pitches which were presented at the second networking event, “The Brave, Creative and Entrepreneurial”, in May 2013. The event was attended by over 200 headmasters, teachers, entrepreneurs, students, and and government officials. It was the first event in Slovenia that brought together such diverse stakeholders to address the issue of encouraging creativity and entrepreneurial thinking in schools.

The event was supported by the Prime Minister of the Republic of Slovenia, Alenka Bratušek, who opened the event by saying, “We all recognize that as a society we have a lot of great ideas that we do not realize, as we often lack the entrepreneurial approach, self-confidence, persistence, and pro-activeness necessary to put them into action. We need open minded, self-confident, motivated individuals who won’t stop when faced with problems, but will be always seeking solutions.”