The USAID Micro and Small Enterprises Project (MSEP) co-funded by the Government of Switzerland and implemented by the CEED Macedonia came to an end in December 2017. MSEP was a $3,079,400 project implemented in eight regions across Macedonia with the aim of fostering job creation by offering practical entrepreneurial learning programs, supporting expansion to regional markets and enabling access to finance.

During the six years of the project, 389 micro companies received business development services, 593 participants received 12,026 man-hours of training through entrepreneurial programs, and 140 companies introduced new business practices in their organizations. Companies that participated in the project saw an overall increase of 25.8% in new jobs and employment opportunities and 22 companies received a total of $1,031,000 in new financing (these figures include $82,000 from business angels, and $53,000 owner investments).

At the closing event of the project, the United States Ambassador Jess Baily and the Swiss Ambassador Sybille Suter shared their thoughts. In his remarks, U.S. Ambassador Baily said, “We can proudly bring this project to a close knowing it has benefited hundreds of small businesses across the country, and that these small businesses will continue to contribute to Macedonia’s economic prosperity. Likewise, CEED will continue to work with businesses of all sizes introducing new business ideas to the Macedonian economy.” “I am glad that CEED will continue to offer the services created within the project after it ends”, said Swiss Ambassador Suter. “It is important that companies throughout Macedonia have access to knowledge, networking and finance. This will help them grow, as many of those included in the project did”, she added.

At the event, nearly 200 participants were awarded certificates for their successful completion of entrepreneurial programs conducted in the last year of the project. The event also included an exhibition of 15 project participants showcasing their products.

Meet two of the entrepreneurs who were involved in the MSEP initiative. 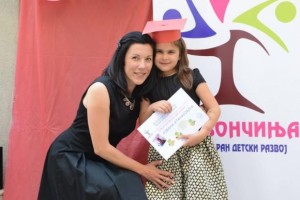 In Bonboncinja we create champions.

Bonboncinja is an Early Childhood Development Center, the first private center of its kind in the Pelagonia region. The owner Jasmina Antic Atanasovski and her team work with pre-school children, among whom are also children with developmental difficulties. The Early Childhood Development Center as a venue for taking care of pre-school children was legislated only a few years ago in Macedonia, so it is not well known as a concept among investors nor parents.

As part of the MSEP project, the center was able to gain consulting services from a specialist working with children with special needs. The specialist worked directly with the “Bonboncinja” team and guided them on how to implement a program for special needs children in the given conditions. They also met with parents who received advice and guidance regarding their special needs children. Recently, Jasmina Antic-Atanasnovski, the business owner, was able to enlarge her team with a specialist who will work with special needs children. The fact that no other kindergarten in the area has this capacity makes Jasmina’s work and vision even more important – creating a place where parents can find suitable care for their children. She plans to expand to other places in the region and will use the research and business recommendations she received through the project in achieving her goals. 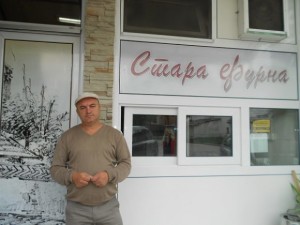 Stara Furna has restored the taste of bread baked on wood.

Vladimir Apostoloski, one of the owners of Stara Furna in Prilep, Macedonia decided in 2012 to build a new bakery on the grounds of his grandparent’s bakery, which had operated since 1938. As compared to other bakeries, Stara Furna bakes bread the traditional way — on wood.

The company’s recent growth shows that customers appreciate the taste and quality – Stara Furna has grown by 104% in the last three years. They have 38 employees currently, and are planning to open a new facility that will bring total employee count to 50.

Vladimir says that participating in the MSEP program helped him in expanding new contacts with customers and “has opened my eyes to things in front of me that I was not able to see. You can read and learn from books, but some things you cannot see. Those are little details that can change a lot a business.”  He was especially satisfied with the B2B meetings and the networking he experienced with other participants of the project.